Mining can be a quite a hazardous vocation. Deep inside the burrows of the earth, miners dig for minerals, coal and other stuff to satisfy the ever-increasing appetite of our society, risking their very life and limbs in the process. In the wibbly-wobbly shafts, that can collapse at a moment’s notice shutting them forever from their loved ones, the miners look for reassurances in whatever manner they come, be it scientific or superstitious.  A little yellow canary in a cage is one of them,  renowned for its life-saving charms.

For ages, these little-cute-yellow-fluffy-birdies have been carried down the mine tunnel, often at the very front of the miner party as a good luck charm. These pale-coloured birds are very sensitive to dangerous gases like methane or carbon monoxide, and whenever they encounter it, they die rather swiftly and stoically. Their deaths are construed to be an alarm by the miners, to exit the tunnels immediately before the leaked deadly gases affect them. 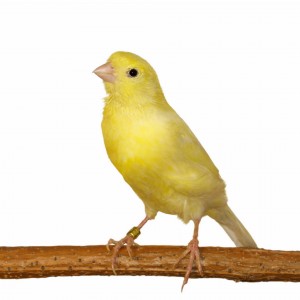 Do the miners love these canaries while they are alive, or possibly love them even more when they are dead, no one knows for sure. Yet, the death of these little canaries spells life for the many miners. Or one could say, that their deaths is a precursor of worsening times ahead, a warning of impending doom or destruction in case of status quo. It is a rather poetic or a prophetic end, depending on one’s objectivity. But one thing is for sure; no canary has been celebrated or knighted once dead. When they die, these birds are unknown and unwept. Their death is not a sacrifice, but merely an early sign. That’s how cruel life is.

Much like the canaries, though not an iota as cute, lives a species in our modern-day society. They are celebrated and feted, and fed and fattened. Yet, when they are sacrificed, not many tears are shed. This urban species is rather purple in its behaviour, and swiftly meets the end, when the economic conditions wary. They are most sensitive to forces of economics things like recession, depression or slowdown hit them hard. And their doom should be a warning for lot others, yet is often ignored.

Who are these little fluffies living out in our modern day cities, who aren’t so little anyways? Well, these purple canaries are also known by other synonyms like the fourth-estaters, the journalists, the presswallahs,  the jhollawallahs or whatever you call them. They live boxed in little cages, twittering nicely on a sunny day, when all goes well. Yet, when things go south, so do these chaps. In most cases, they will be the first ones to be retrenched, sacked or just booted out. A little visit to the local press-club will enlighten anyone on this rather ironical tale of a breed that gets to break bread with the high and mighty, yet, when the bread is at a premium, they are broken up easily instead. Thus, whenever there’s an economic descent or a slowdown, you will find more journos with their resumes on sites like Naukri.com and others.

The explanation to the strange phenomenon lies in the way the media business runs in India. Since, almost all of it is run based on advertising support, namely, corporate advertisers subsidising the cost of print, broadcast or online, their survival is directly linked with that of their clients. If the corporates are in good health, so will the media industry be, and vice-a-versa. (To know more, read http://shashwatdc.com/2009/09/caught-in-the-slough-of-mammon/)

The connection is not at all that hard to make, whenever there is a crunch situation, the first budget that typically gets slashed is the advertising budget. Companies, be it big or small, when the sales decline, will try and cut costs by slashing the advertising and marketing spend. This often has a domino effect on the print industry, whose bread, butter and beer is dependent on this spend. So, the owners (and there are very few editors who own media business in India) at all these media companies  on seeing the downward slope of their revenues, do the easiest thing that is to do, and that is hand pink-slips by the dozen, right, left and centre.

As the work of a journalist is pretty subjective, one man’s Pulitzer piece is another’s bullshit, experience, loyalty or talent is completely unrelated to who gets the boot. What usually is important is how pliable or malleable is the man (ladies have an added advantage, and that should hardly need any explaining), to write 3000 words eulogising the MD of a chaddi-banyan company who’s ready to foot a 16X26 cm piece in the back pages. The people, who believe in creativity, power of the pen, purpose-of-life, journalism-is-noble, and all that kind of inane bullshit, are shown the open door. They are amusing pets, when times are good, but can be irritating pests, when they are not.

Considering how very easy it is to replace an editor (have you ever noticed the change in the ‘writing style’ of magazine or a newspaper), little thought is given to how many are required or sacked. The ones (remember, the pliables) that are lucky to remain, will readily take on the extra burden so long as they are able to pay their EMIs on time. The rest, well, they grumble or groan, or tweet or FB, take to the bottle or go to the street, no one really cares or bothers. Quite like the canaries, who when dead are discarded without a thought.

Coming to our current times, here’s what’s happening off late in the media industry:

This is just a quick snapshot of the bloodbath in the Indian media industry. So this brings us to next part. The state of the economy. Well, even a kindergarten kid (like my son) would readily tell you that we are in a deep-deep soup. Inflation is rising through the roof, markets are tanking, salaries are stagnant, and everything that could go wrong, is going that way. The mid-term and long-term prognosis is not all healthy either. The country heads to polls next year, resulting in decision making inertia. Result, investors are wary to put anything in these gloomy times. Going by the way things are, with the prospect of a fractured mandate and a hung-parliament, the situation is bound to only go worse. In fact, many models predict much worse times beyond 2014. The kinds that will force you to sell utensils from the household.

Not surprising then, retrenchment and pink slips will only be pervasive, and it will no longer be limited to media. So, it might be the canaries now, it will be the doves next, the parrots later and the kites next. Unless there is a miracle now, the slide to the down is going to be dirty. And this should worry not only the media-guys but everyone else, who are working in cosy offices with no worries in the world. Thus these sackings should not be looked in isolation, there could be many more in the offing, a precursor to the dour times ahead. So tighten your waist belts people, and prepare for the very worse. If the outlook (and I don’t mean the magazine) is anything to go by, it looks pretty bad. Sad Times for India ahead…

P.S. BTW, the canaries, the purple ones don’t just die out just like that. Quite a plenty of them transform into crows, the croaking messiahs of gloom and doom, most likely to be found at press clubs or wherever free booze is easily available. There they’d sit and reminiscence about the times of yore, and who all they knew and who all they favoured. Over sips of Old Monk and salted-peanuts, these veritable gents will tell you how important they were when employed, and how amazing they are when not. Currently, the crowds of crows at the drinking spots are only on the upswing.

Links to other stories floating in the cyberspace: