Around this time every year, I eagerly wait for the annual specials from Time Magazine, be it the person of the year or the numerous other specials like the top 10 technologies of the year, top 10 films, etc. Dubbed as the ‘best and the worst lists’ they give a unique perspective on how the year has passed and what has been the high or the low points. But besides these, I really look forward to the world’s top websites listings. The reason is not all that hard to guess, because in it you will finds one of the best gems of human ingenuity, web ideas that were always there in the making except that no one did. This year’s list (www.time.com/time/specials/packages/completelist/0,29569,1918031,00.html) is no different, there are scores and scores of ideas that not only seem worthwhile (to use) but also great (to emulate). So here are a few chosen gems from the Time 50 list of best websites for 2009. If you desire more, log on to 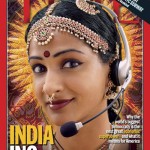 One thought on “The Best of the Web (courtesy Time)”