As 4 helicopters ferrying scores of US Navy Seals landed on the isolated mansion standing just 800 yards from the Pakistan Military Academy on the outskirts of Abbottabad city, the fate of its infamous inhabitant had long been sealed, in fact months in advance. 54 year old Osama bin Mohammed bin Awad bin Laden, the leader of the jihadist organisation Al-Qaeda and America’s enemy number 1, might have died in a hail of bullets, but it was path-breaking technology that ensured that he was dug out and cornered.

Ever since, the audacious 9/11 attacks, US agencies, especially the Central Intelligence Agency (CIA) and National Security Agency (NSA) have been combing each link on the ground in the web to hunt down Osama. Over the past decade, there were times when they came to know 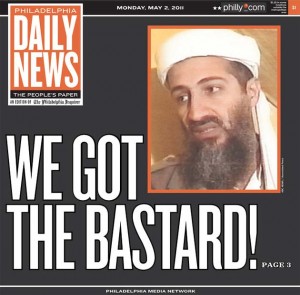 about Osama’s location within a few minutes that he left the place. But the US forces kept at it, diligently sifting through the data and overhearing the airwaves for any detail that might be forthcoming. And that clue did come, finally, some 7 months back.

Back in August 2010, CIA operatives tracked a trusted courier of the world’s most wanted terrorist to a compound in Abbottabad in Pakistan. They were surprised to find such a high figure visiting a non-descript place. The second thing that convinced the operatives that something was seriously wrong, was when they found that the compound had no phone service, internet or even televisions, and the main building had few windows. Almost immediately, the spy satellites hovering above were trained on the mansion, picking up the contours. A digital model of the mansion was created and everyone and everything going in or out was profiled. And the more they peered, the more sure they were that they had their man. Finally, when the Seals landed at the mansion, they knew what they were after. Technology had given them the lead, which their enemy number one lacked. END_OF_DOCUMENT_TOKEN_TO_BE_REPLACED

In an interview, IPL’s CEO Sundar Raman spoke about how technology has really impacted the sport of cricket and how technology and IT has helped making IPL the kind of show that it is. This interaction was published in the Dataquest Magazine.

Without doubt, IPL is the biggest sports extravaganza in the globe with a turnover running in some Rs. 7000 crores. But not only as a cricketing innovation, IPL has also been embroiled in a host of controversies. At the very center of it all, is the CEO of DLF IPL, Sundar Raman. He was appointed last year to give a professional touch to the game, prior to this Raman had been associated with the WPP group for over a decade.

Raman’s biggest challenge came when the game was abruptly shifted to South Africa due to election and political issues in India. It was a logistical nightmare, considering the short time frame. But Raman and his team have done their homework and thanks to investment and knowledge of IT solutions, they were able to ensure that all goes according to plan without a hitch. Caught up with the rigmarole of the upcoming event, Raman took some time out for an exclusive interaction with Dataquest, wherein he talks about how the game has been revolutionised by the 20-over innovation and how technology is helping it make a success. Excerpts.

In IPL2, what will be the additions over the very successful IPL 1?

The inaugural season of the DLF Indian Premier League was a huge learning for the BCCI and our team. For starters it helped prove that India can sustain a franchise based model in Sports and quite profitably. But perhaps more important was the fact that we were able to help create a model that has helped grow the game at the grassroots level and significantly enhance the infrastructure across India through private participation. Drawing in the crowds through a mix of world-class action on the field and entertainment, were critical elements in the success of the IPL. That aside we made some unique additions to the quality of cricket played through innovations like the MCC Spirit of Cricket Charter, the Purple Cap for the Best Bowler and Orange Cap for the Best Batsmen.

In the second season, we have explored similar opportunities and avenues to create excitement for the fans and help improve the quality of on-field action. The five minute ‘strategy break’ is on such strategic innovation in the 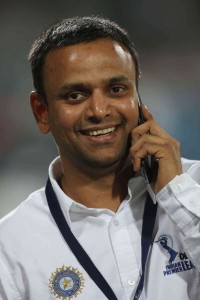 long line of innovations that the league has pioneered from the start. We did a calculation last year and 100 per cent matches went over an hour beyond their schedule time. It was just one delayed game after another and this inspite of the fact that we had enforced extremely high penalties. What we discovered then was that a majority of the time teams were ready to pay the money because the coaches and captains/players were consulting one another as the playing situations evolved on-field to fine tune their strategies. It is because of this discovery that we attempted to innovate with this new ‘strategy break’ at the end of 10 overs.

That aside we have identified areas of improvement around spectator comfort and the in-stadia experience, which we will rigorously implement in the upcoming Season 2009 in South Africa.

Then there will be the non-stop Cricket and Entertainment Carnival that we have planned throughout South Africa for the coming 36 days. No efforts are being spared to ensure that the fans in India and the Rainbow Nation are privy to a sporting spectacle the likes of which have never been experienced before. Season 2009 will be an expansive and grand celebration of cricket with a dash of Bollywood and local South African flavor added into the mix for good measure. More importantly, we are expecting strong support from our Indian fans, arriving in South Africa, to make their presence felt and display their solidarity towards their favorite teams. We believe that the kind of interest the DLF IPL has generated over the months and days—right from the time it was announced till today—will channelize into stadia’s across South Africa packed to capacities during the league.

What would you term as the enhancements to the game brought about by IPL. A lot of purists are balk at the comparison made between traditional cricket matches to IPL ones? END_OF_DOCUMENT_TOKEN_TO_BE_REPLACED