Recently, the Maharashtra government put forth a set of draft rules for regulating the taxi industry. These rules have been in the works for some time as various taxi-operators (especially in the city of Mumbai) have been demanding “uniform code” for the industry. The chorus for such rules has come from the lower-end (kaali-peeli taxi-wallas and the autorickshaws) and the upper end (radio-taxi operators like Meru and TabCab) as well. And yet, the funniest part is that there is already a stringent set of laws that regulate the functioning of these operators. So why the hell are they asking for more? 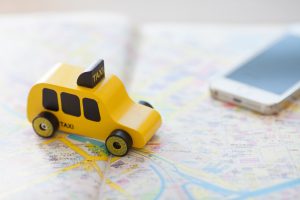 Actually, they are not. These taxi stakeholders are demanding something more mundane, something basic. Something that spells as parity in business. The crux for any business to function normally is that all the players in the sector will be treated same. Simple to say that rules and regulations should be the same for all the players. So, what is good for the goose, should be good for the gander. Right? Apparently not, when the gander is a multi-billion ride share MNC that goes by the name of Uber.

In fact, Uber has raised a stink regarding the Maharashtra government’s draft, opposing it with all the muscle that it can muster. The US-based cab aggregator has decried the rules, calling them restrictive and archaic. It even launched a high-octane public petition, seeking the lay citizen to sign-up and fight against the restrictive norms. The petition paints a rather gloomy picture, namely, if the rules are implemented, it “will mean an end to the Uber I know and love today”.  Rather than talking just logic, or talking about the facts that are hurting competition, the petition tries to tug the emotional chords, love, shove and the works.

Now that seems to be taking things a tad bit-bit too far, like a Karan Johar movie with Anurag Kashyap dialogues. You see, taxi-riders in Mumbai don’t really love Uber or Ola, but yes they do seem to hate the kaali-peelis and autorickshaw-wallas. After decades and decades of suffering the indifferent and condescending attitude of these monopolistic ruffians, they have finally found deliverance at the hand of these cab aggregators. This welcome shift started with start of Meru in the city, and blossomed with Ola and Uber. To put it rather bluntly, the taxi-riders in the city like the convenience of a no-nonsense service that is way cheaper than the kaali-peelis. I mean Rs. 6 per km is even cheaper than taking your own car out. That is secret behind that “love” that Uber claims it receives. Yet, this incentivised love is usually not monogamous, the denizens will shift to anyone that offers a bigger bonanza. I mean, if there was a cab operator that offered Rs. 3 per km ride, of course, more would ‘love’ it than any Uber or Ola. There’s no emotion in economics?

But what is the guarantee that this bonanza will last forever? Let’s look at the instance we have from China. Where there was a similar scenario of two taxi-operators Didi and Uber running a huge discounted war (in which Uber lost some $2 Billion in two years, or some Rs. 6700 crores in a single year) and disrupting the industry. Eventually, all the other taxi companies folded shop. In the end, only Didi remained on the scene. This created a huge monopoly, where now Didi was able to dictate the fares, as per its convenience. It stopped the crazy incentives for the drivers and the customers as well. Now, could this be the way 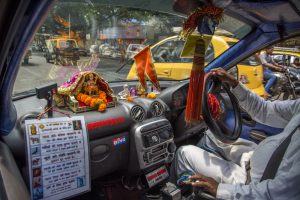 the Indian market be heading to? Can we learn lessons from China?

It is in this light that these draft rules of Maharashtra Government need to be assessed. Are they progressive or regressive? Do they protect the rider or not? An unbiased evaluation seems to paint a quite different picture than the one Uber wants us to see. Not surprisingly, the online petition seems to be full of half-truths, deceptive statements that reveal some but conceal much. To put things in perspective, let’s examine the 3 statements that Uber has highlighted and is tom-tomming about:

Well, the way things function in India, we need pricing control. Right from the drugs and medicines sold over the counter to the mineral water is available in the mall. The concept of Maximum Retail Price or MRP is a mainstay in India. The draft regulations talk about fare control for taxi industry as well, about the need to set up minimum and maximum fares. But then Uber is conveniently highlighting the minimum aspect, not talking about maximum fare restrictions. Why is Uber not ready for an upper-limit cut-off? Could it be because this is where the “surge pricing” function will come into play in the future. If it really cares about the customer, why is it shying away from a maximum fare restriction? Isn’t that why state governments of Delhi and Karnataka imposed restrictions on surge pricing.

The need to use more expensive, less fuel efficient cars

Transportation sector across the world is known to be responsible for much of the CO2 emissions. Over the past decade, thanks to proactive role played by the judiciary, the Indian transport sector has made quite an impressive progress when it comes to usage of environment-friendly cars. The regulation of using CNG by the transport sector was a big victory for citizens of this country. Taxis, buses and even auto-rickshaws run on cleaner CNG. But somehow Uber seems not too inclined towards using cars that cause less pollution. Thus, while it highlights the use of “more expensive, less fuel efficient cars”, it talks nothing about how thousands of its own cars are ruining the environment by running on petrol and diesel. Why can’t it commit to CNG, like everybody else? Imagine, thousands of such cars adding to our cities and emitting toxic fumes, that’s not a rosy prospect.

Prohibitive permit fees — drivers will need to pay up to Rs 2.61 lakh to get a permit and Uber has to pay Rs 50 lakh per 1000 vehicles to continue operating

There’s this Mark Twain quote that I am reminded off, with the numbers above; “facts are stubborn, but statistics are more pliable”. Now isn’t it odd that Uber is talking about the 2.61 lakh permit fees. The fact is on closer examination, it reveals that this permit fees is based on the size of the car. Typically, the average car will have to pay up 25000 bucks a year. That shouldn’t be too much to bear, especially when you consider the fact that taxi operators in the city (be it kaali-peeli or Meru) have been paying permit fees for over two decades now. This fees has been existence for a long time, not something that has been 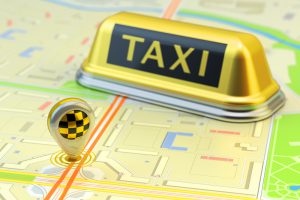 introduced overnight to punish the likes of Uber or Ola. Why should not then it pay the fees and taxes that every one else have been doing so far now? Now, if the poor kaali-peeli wallas and autorickshaw-wallas were forced to pay the fees, why should not Uber and Ola?

Frankly, the draft regulations by Maharashtra government are not the best that can be. There’s much that needs to be done. We need a healthy ecosystem that is conducive to the commuters and not amenable to be rigged by a player or two. While things seem to be pretty rosy at the moment, with fares crashing to single digits, we need to be wary, as things to move to the other end as well. There are a few provisions in the draft regulations that seem to provide safeguards against such a scenario.

It is in this light that Uber’s counter-charge seems to be suspicious. Uber is not for maximum price limits, neither for environment friendly cars nor certainly not for a level-playing field. I mean, when it talks about the livelihood of thousands of drivers on its network, should we also not be talking about the thousands of kaali-peeli drivers and autoriskshaw-wallas whose livelihood is threatened by fighting an uneven battle? Or is it a case that all cab drivers are equal but some are more equal than the others.

Honestly, Uber’s open war against the Maharashtra government’s legislation is reminiscent of the battle that was waged by Facebook for “Free Basics”. In both the instances, the cause seemed good, but the motive was suspect. The only reason that Uber is functioning in the city of Mumbai is because it aims to mint money, there is no charity involved and certainly no lovey-dovey stuff. Now, if it is only Uber that is complaining and cribbing about the law (even its competitor Ola has welcomed it), does it not sound a wee bit odd?

The commuters in Mumbai deserve low fares and the convenience, but they equally deserve the promise of continuity and protection against monopolistic overcharging in the future. That’s why before signing the petition opposing the draft guidelines; the laymen must read the fine print. Who knows, like in the case of Facebook and Net Neutrality, there could be more than what meets the eye in Uber and Maharashtra Government Issue.