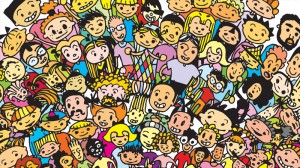 Quite like Mumbai, India is bursting at the seams. There are just too many of us, at any given time. India accounts for a meagre 2.4% of the world surface area of 135.79 million sq km. Yet, it supports and sustains a whopping 17.5% of the world population. The fact of the matter is right there for anyone to see, the population of India is almost equal to the combined population of USA, Indonesia, Brazil, Pakistan, Bangladesh and Japan.

And yet, look at how our leaders and politicians are dealing with the issue? Everyone, barring none, speaks about this growth as a demographic dividend. They glowingly talk about how India is a young country, where people below 35 years are in a majority. “21st century is India’s century,” they will emphatically state. What they tell not is that it is a country that has negligible infrastructure, either in education or medical. The burgeoning numbers will only exacerbate the problem.  Where will the jobs come from, where will the homes come from, where will the food come from? And that’s why you feel you are sitting on a time bomb.

Looking back over the decades, and even a century, India was always an impoverished nation, but not as densely populated. At the start of 20th century, according to the 1901 census, there were some 240 million Indians (not to forget that this was British India, and hence included, areas of modern-day Pakistan, Bangladesh). By the time the census was completed in 2011, we were already over 1 billion. Extrapolating from the numbers, thus, in the area that defines modern-day India, we had some 170 million individuals, which has grown to some 1.2 billion in a century’s time. Thus, while the area has shrunk by almost 30% in the same time, the numbers have been doubling every 30 years! Except for a brief decade, between 1911-21, the population decreased marginally, we have always been on the upswing. 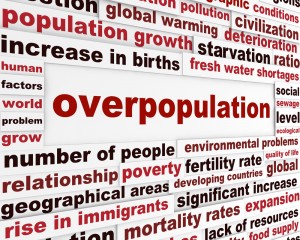 All across the globe, it is a well-known fact that population explosion can have catastrophic effect on the systems. Any economic system will collapse under the sheer inundation of numbers.  The boost in numbers resulting in shortage of economic share is already leading to internecine and conflagration. The very notion of ‘son of the soil’ is actually an economical fight rather than anything else. When there is a shortage of jobs or economic activity, the locals in the area will always erupt in acrimony against the migrants, who they believe are usurping the jobs. This is never so; in the time of economic well-being it is a fairly common phenomenon, be it Manhattan or Mumbai.

Another big factor that is being missed in the upsurge of numbers is the trend of where the growth is happening. Let me share a personal insight before I get to the actual postulation. My grandfather on the paternal side had 11 children (of whom 4 survived to adulthood), my father had 4, and I have 2. The rising costs of education and other things have ensured that educated and literate folks, who are conscious about giving an upbringing rather than a life, are having fewer and fewer kids. Gone are the days when 3-4 kids were the norm. Today, having one is the norm, and 2 is a sort of exception.

So if the urban, educated folks are having lesser and lesser kids, how come the storks are still working four shifts a day? It is the poor and impoverished India that is not wishing to get off the treadmill. In the rural side, having kids is still very much a ‘prabhu ki marzi’ or ‘khuda ka raham’ (God’s will or God’s mercy), and not a result of carnal cohabitation. Result, the marginalized are destined to be so. Sitting on the other side of the fence, and seeing an India grow, unable to be part of it. The result will be conflict and even more conflict. More demand for reservations, fight for bigger percentage, son-of-the-soil, and all that stuff.

Another aspect is the gender-ratio disparity. Keeping in mind the scenario, girls have always been considered an economic liability. In the rural heartland, girls earning is still a misnomer. A father will be always concerned about her security, and subsequently about marrying her off. Thus, a girl-child is still not welcome in a poor man’s home. Not surprisingly, the sex ratio is a sad indicator of the same. Currently, there are 940 females per 1000 males according to 2011 census that is an improvement of 7 points over the 2001 sex ratio of 933. India had the highest sex ratio in 1901 when it was 972 and worst in 1991 when it was 927.

The worst part is that India has an even poorer ratio than all its neighbours, – Pakistan (943), Sri Lanka (1034), Nepal (1014), Myanmar (1048) and Bangladesh (978). On the other hand, it is better than China (926), Afghanistan (931) and Bhutan (897). The co-relation between economic scenario and gender ratio is fairly evident when you look at the sex ration from a state-wise perspective. The poor states have lesser females, for instance, Haryana has the lowest sex ratio of 877 females per 1000 males, while the better off Kerala has the highest at 1084 females per thousand.

Also, these numbers tell another story. The states where literacy is low, where economic gloom is high, and where the sex ratio is disparate, are also the places where maximum cases of crime against women take place. No wonder all the cases of rape, murder and other such crimes are on the rise. And as the numbers rise, so will the troubles. It is an inevitable truth.

The struggle for survival from hereon will only get worse. Strife and crime will increase, conflicts in the 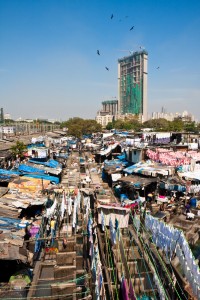 garb of regionalism will gain strength, reducing resources will further create differences. The income disparity is for all to see, we have the costliest homes in the world−the $2billion Antilla–and the largest slum colony in Asia–Dharavi, all within a 20 km radius. It is just a matter of time before the have-nots (whose numbers are increasing by the second) mount a war against the haves, and lay their claim to their pound of flesh.

In no election manifesto, in no government scheme, is there an even fleeting mention of the issue. The only time when the government did something about it was in the 80’s, the forced sterilisation drives under Indira Gandhi. The dark past has revealed that population control is a bad word in India. The governments at the Centre have taken a complete U-turn on the issue, and now, instead of promoting family planning, are actually helping increase them through various schemes that are meant to please the electorate.

The sad part is that, only after several decades in Indian democracy has there been a scenario when so many economists have played an active role in governing the country. And yet, in spite of the same, we seem to have decided to overlook the biggest problem that this nation is going to face.

Ironically, we always keep comparing India to the Chinese on various economic and development aspect. Well, the only place where we are much ahead of them is in the population growth. China’s decadal growth is 0.53% against India’s 1.64%. At the present rates, India is likely to overtake China as the most populous country of world by 2030.