Frankly, of the very many words the English language has in its roster (or rather dictionary) today, chutzpah truly stands out for the variety of things it represents. Of Yiddish origin, the term loosely connotes “extreme self-confidence or audacity”. But rather than a straightforward simple meaning, it is more like an oxymoron with contradictions as its 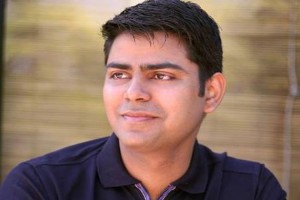 mainstay. So, it could mean audacious at one moment, and mega-stupid at the other, bold at one time and arrogant at another. Effectively, the meaning of the word chutzpah keeps changing in the context it is used. Quite like the affair of Rahul Yadav, the founder and former CEO of Housing.com.

For the past few months, the saga of Rahul Yadav has gripped the corporate world. Starting with his scathing letter to Sequoia India’s Shailendra Singh, to an audacious resignation letter, to distributing his stake to employees, or posting a snap of Infosys CEO Vishal Sikka giving him a royal snub. By default or design, Rahul Yadav has ensured that he has stayed in the news all the time. Through his antics like donating his stake and tagging fellow IIT alumni Deepinder Goel of Zomato and Bhavish Aggarwal of Ola Cabs to follow suit, he must have thought that it would kick-start an ‘Ice Bucket Challenge’ kind of a thing. But that was not to be so.

The saga finally came to an abrupt end with the board of directors called in for a meet and relieving Rahul Yadav on an immediate basis. The message was terse, “The board believed that his behaviour is not befitting of a CEO and is detrimental to the company.” In fact, so unsure were the board members of how Yadav would react that they had called in cops before the meeting started, anticipating a violent outbreak. Though, Yadav walked the plank pretty peacefully, much to the surprise of everyone.

In all the conundrum that has ensued, the portal Housing.com has taken a beating of sorts. With loses mounting annually and oodles of controversy surrounding it, the portal that was supposed to solve people’s housing problems, is mired in a whole lot of problems itself. There are talks about a sell out, people leaving and so on, even as competition is catching up. Started in 2012 by a dozen IITians including Yadav, Housing.com claims to have 11 million monthly visitors and raised $120 million in four rounds of funding from Japanese telecom and internet giant SoftBank, New York-based hedge fund Falcon Edge Capital, Helion Venture Partners, Nexus Venture Partners and Qualcomm Ventures. While there were a lot of competitors, Housing.com stood out simply because of its intuitive UI, and the use of technology. For instance, the portal has a whole page dedicated to data analytics that displays in real-time a whole lot of infographics gleaned from the user data that is generated. Yadav is largely credited for being able to think out of the box, or at least letting his team do so. In the tech circles, he is also renowned for his knowledge and passion, and ability to take decisions by his gut-feel. END_OF_DOCUMENT_TOKEN_TO_BE_REPLACED