Have you seen a short-film called Sunspring? It’s a rather insipid tale about the future, with three characters mulling about love, revenge, and having to “go to the skull”. The 9-minute odd film has been directed by Oscar Sharp, and was made as part of the Sci-Fi-London film festival’s 48hr Challenge. All in all, if you haven’t seen it till now, you haven’t missed much in life.

So, if the story is nothing to rave about, the acting was no great jigs and the direction was so so, why are we discussing Sunspring?  Well, it is due to Benjamin, who wrote the 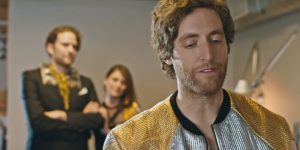 screenplay of the movie. And no Benjamin is not some celeb writer or some Pulitzer-prize winner. You see, Benjamin happens to be a rather nondescript piece of technology, which goes by the real name as a recurrent neural network called long short-term memory, or LSTM for short.

Simply speaking, Benjamin is your friendly neighbourhood Artificial Intelligence or AI. It is a bit of technology that is able to learn and create, for instance, in this case, it crawled through 100s of scripts from the 80s and 90s to come up with this one.

It is for the first time ever that a screenplay has been written completely by AI. It is a giant leap in this regards, when AI becomes so intuitive that it can now move into the artistic space, and create content automatically. It is quite unlike say winning a game of chess or even hoping contestants in Jeopardy. 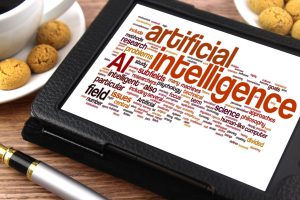 1950s, he had meant it a bit different, dubbing it, “It is the science and engineering of making intelligent machines, especially intelligent computer programs. It is related to the similar task of using computers to understand human intelligence, but AI does not have to confine itself to methods that are biologically observable.”

Thus, from the 50s AI has moved from understanding human intelligence to mimicking it. It is no more about software or hardware, but rather more encompassing in that sense. Effectively, AI could now be an intelligent piece of software, a super-computer, a cloud-based system, or even a smart robot.

Yet, even as the definition evolves, there are certain core characteristics of the system that do not really change. We can broadly characterise AI as a system that is able to remember and learn without much external inputs. It is a self-learning system that learns from its successes and failures. Like say, how IBM’s Deep Blue defeated grandmaster Gary 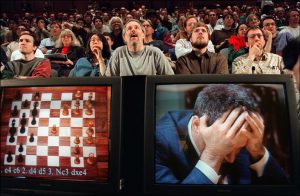 Kasparov in a rematch in 1997, after having decidedly lost to the master in 1996. It seemed to have evolved, learnt from its flaws, analysed its opponent’s strength.

But then, don’t mistake AI to be a costly proposition, the kind that exists in Deep Blue or IBM Watson. It can be much nimble and ubiquitous. So, your input keypad on the mobile device that remembers the colloquial and vernacular terms used and does not auto-correct them is a form of AI. The mobile assistants Siri, Google Now, Cortana, are also AI. Meantime, the self-driving car that uses concurrent data from sensors all over the car and manages to navigate is an example of a rather complex and a bit more advanced form of AI.

Yet, AI is not about remembering words, or navigating roads, it has a much broader approach and depth to it, ranging from deciphering the string-theory of the universe to say splitting the atom. There is no limitation to where AI can be applied or used, from the puny mobile phone to the massive Hubble telescope.  These days, Google Deepmind is defeating AlphaGo champions, IBM Watson is all the time keen to take up challenges for games or discussions, Intel is using deep learning to make machines smarter, GE is using Predix to create brilliant factories or digital twins. END_OF_DOCUMENT_TOKEN_TO_BE_REPLACED