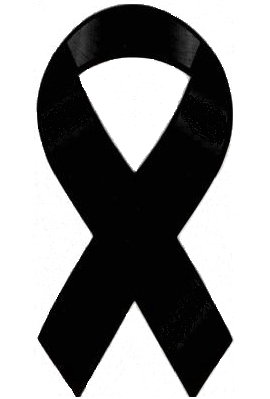 There is a riot of colors on nowadays. Red, pink, blue, black are pretty much in vogue thanks to current economic conundrum. Enterprises or companies are in the red, they are issuing pink slips, the employee mindset is pretty blue and beyond that there is a lot of black that enshrouds us all. It is a rather colorful time that we live in. Or is it really?

Many years ago, when I was in school, I had learnt about how things got their color, so why was a blue sky blue or a red shirt red. Apparently, it was all due to color dissipation, and the whole theory was coined by a great Indian scientist CV Raman (hence it was dubbed as the Raman Effect). Now, what my petite mind comprehended then was this, that light essentially is white and composed of the different colors, namely your VIBGYOR, of different wavelengths. Things or material depending on their make or characteristics absorb most of these varying wavelengths and reflect back a single or combination of some. This is what we term as color of an object.

So essentially a red shirt was red not because of some inherent redness. But simply because if some inane reason, the shirt absorbed the violet, indigo, blue, yellow, green and orange aspects of the shimmering white light and chose to throw back red at us. What my petite mind then concluded was almost as brilliant as Dr. Raman’s Raman Effect, Thus, red was red not because it was red but simply because it didn’t want to be one.

Now, coming back to our mundane existence, and the colorful times that we live in these days. Much of gloom that shrouds is psychological in nature than anything else. If I recall right, John Chambers, CEO of Cisco, had warned quite a few quarters back that ‘We will talk ourselves into recession’. This was before the great tumble started. And like he had forewarned, things did happen quite like that.

In India of late naysayers abound. Everyday I keep hearing from my friends and colleagues stories of how different colors are laying off people left, right and center. Every company seems to be asking its employees to take a hike; even the good ol’ ethical Infosys is giving option to its employees to take an annual vacation at half the pay.

Well, it’s true that we live in a globalized world and anything that majorly affects anybody, affects everybody. So, in spite of all the rhetoric by the politicos in India, the global meltdown will have a major impact on India, especially the darling of all, BPO and IT sector.

Yet, the pall of gloom that surrounds us all is completely out of place. There was a specific reason why the US economy went down, much thanks to those brilliant billionaires at Wall Street. There is no real reason like that in India, after all the GDP is still growing at over 7%, there is still a huge untapped domestic market in India (remember Fortune at the bottom of the pyramid by CK Prahlad). In light of all this, the reaction of Indian enterprises by sacking people is hardly justified.

But, when you look closer than the one can fathom out the reason so as to say. Much of this is being used as a pressure tactic. For years company owners have been grumbling about high growth in salary wages of employees. Even an average performer in India expects a 10% hike per annum, so imagine the performers. During this appraisal cycle, there would be a spurt in attrition and recruitment. Since, there were scores of opportunities available, an ‘unfavorable hike’ was often a good reason for an employee to quit.

The tide has turned now, since there is an almost ubiquitous freeze on fresh recruitment, managers are sacking people on whimsical reasons not to settle scores but to send a message. The message is in bold, “Be Scared. Be Very Very Scared”. Hence, now poor people who have taken home loans or car loans are jittery all the time, though they mumble and grumble, they put their head down and labor. Most of the employees are quite happy if the wages are not raised and quite ecstatic if it is raised by some 5-10%. Recession has become a tool to manage people. Look closely at the people that are being chucked, low level contractual and middle managers. Not your high-paying executives.

Quite like the Raman Effect in science, enterprises in India are taking on a dire shade by the reflection they are sending out. To be honest, there is no real recession yet in India, it is merely a collation of all these different hues that are being sent out by organizations. For the past few years, the average programmer ruled roost, now it is time for payback. The management strikes back, so as to say..