It’s been 100 days with Donald J Trump as the 45th President of the United States (POTUS) — a 100 very long days. And while there’s much debate/discussion on the achievements of the orangish president with huge hands across the world — right from his travel ban on Muslims to his dropping bombs on Muslim countries — the Indian state seems to have been caught in a Catch-22 situation. You see, Donald Trump, the billionaire businessman, had raised many hopes of a recharged Indo-US strategic relationship. He 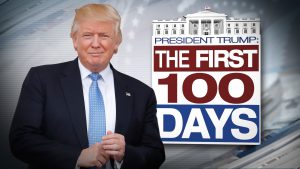 claimed himself to be a fan of Hindus, an admirer of Modi, not to mention his takes in Indian real estate market, all these pointed to a rosy future.

But 100 days on, there seems to have been little movement on the ‘dosti’ front. The US continues to be ambivalent on India, there has not been much change in the relationship, be it on the economic or political front. So, the big question is whether India should celebrate the 100 days of President Trump or just clutch its head in despair, like much else of the world is doing?

Much as people would like to believe, India has never had a real good “Howdee Pardner” kind of a relationship US. The last time an Indian premier had a great thing going on with the US leadership was when Pandit Jawaharlal Nehru was in office and Jackie Kennedy was in the house, the Whitehouse. But then, Nehruji took a left turn and went all gooey with the Babushka lady from the North. And so, the subsequent American presidents were either ignorant or unsure of India. Also, the fact that our enemy-number-numero-uno (Pakistan, in case you forgot) just happened to forge a strategic tie-up with the Americans against the Hammer-Sickle alliance in Afghanistan, worked much against us. So, while our ageing Mig 21s, and 22s kept flying into the ground (oft times with the pilots still strapped within), the Pakistanis would somehow manage to procure a whole squadron of F16s that too, paid with American aid. Can anyone beat that?

In fact, the US-Paki bromance had reached such a level, that when India had to intervene to stop the genocide in East Pakistan (Bangladesh now), the mighty Seventh Fleet had set sail for the Indian Ocean to aid the beleaguered Pakis. Luckily for India, a tipsy Yahya Khan was the president of Pakistan and took them to their eventual defeat. But the fact remains, the Americans were on the Paki side on this one.

History is replete with instances of how the Americans have not really loved us. Right from 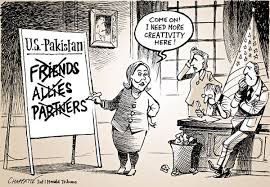 denying a place in the security council, to imposing economic sanctions after the nuclear tests; caught between the love of Islamabad and the scepticism of Beijing, New Delhi seemed to have mattered very less. In fact, between the years of 1978-2000, there was not a single US presidential visit to India, from Jimmy Carter to Bill Clinton.

And if our dalliance with the Soviets were not enough, our wily Chinese neighbours were no less. As the economic and military might of Beijing increased, the American was forced to choose the dragon over the tiger. Back in 1965, when the Chinese had attacked India, the Kennedy administration had even contemplated using the nuclear option against the Chinese. Apparently, in one of the meetings, President Kennedy had stated: “We should defend India, and therefore we will defend India.” By the turn of the century, the Americans had to apologize to Beijing to secure the release of a pilot that had been shot down while flying a spy plane over China. That’s how dramatic, the shift was post the Great Leap Forward under Mao Zedong that turned China into an economic powerhouse. The Chinese with their manufacturing might had turned the tables on India. The Great Wall kind of dictated the way US dealt with us.

There was a little thaw in the Indo-US relationship in the 90s though, with the collapse of the USSR and India’s economic liberalisation. With the global MNCs finding a large market opportunity in India, Uncle Sam suddenly seem to be aware of the country’s existence.  But even so, India was never the most favoured nation, say the way the Chinese or the Pakis were. END_OF_DOCUMENT_TOKEN_TO_BE_REPLACED