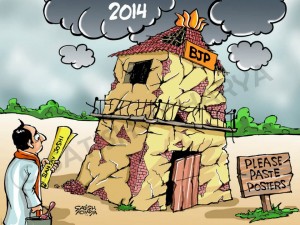 There was little doubt that much like last time, Congress would yet again be able to install its man at Rastrapati Bhavan, who will oversee the important 2014 elections. Basically, it was Sonia Gandhi’s game to lose. And much surprisingly she did! END_OF_DOCUMENT_TOKEN_TO_BE_REPLACED