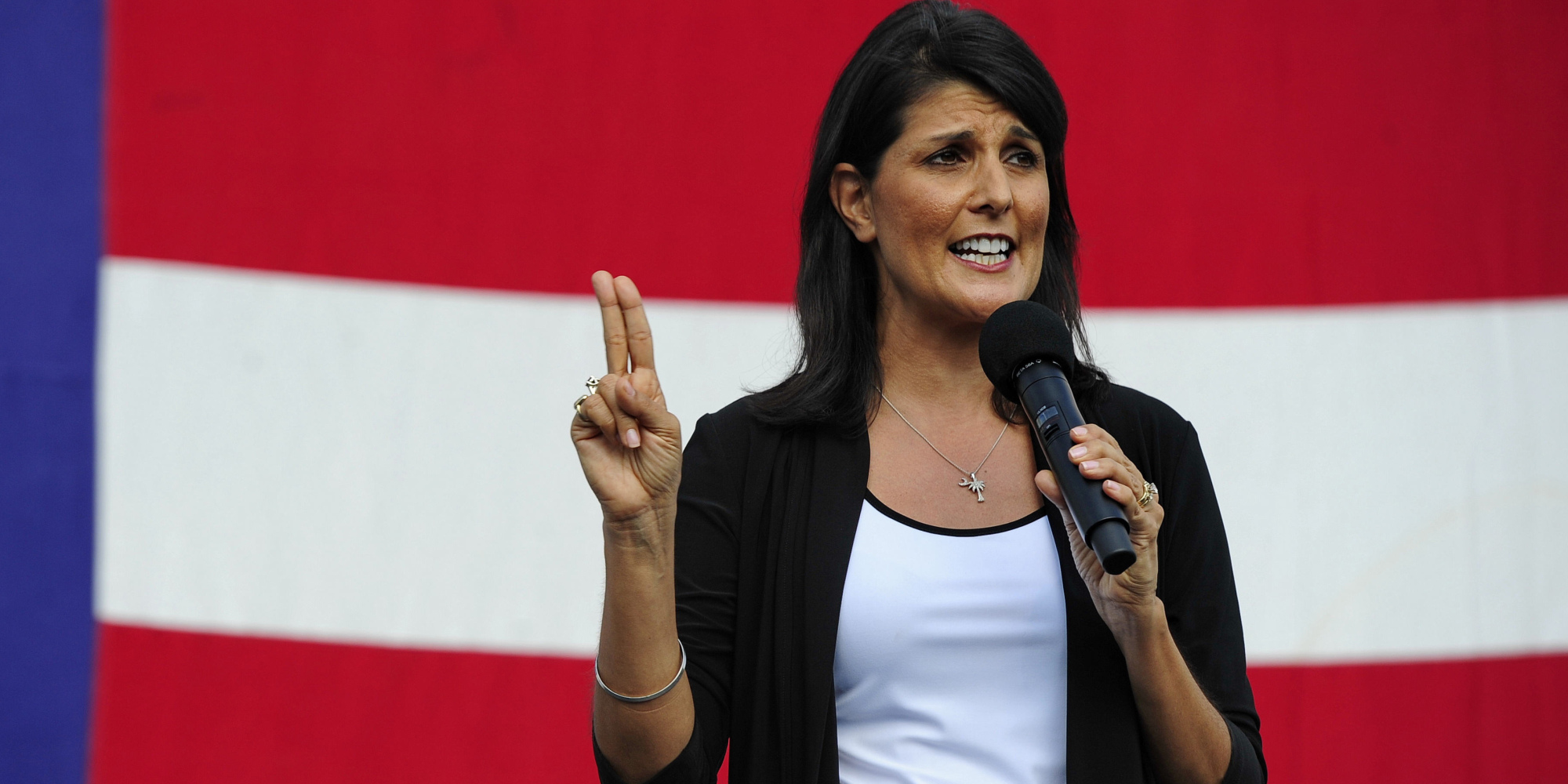 FILE – In this Aug. 26, 2013, file photo, South Carolina Republican Gov. Nikki Haley announces her candidacy for a second term in Greenville, S.C. The Democratic Party claims to be the natural home for women, but the faces of the nations governors tell another story. Democrats have just one female governor in their ranks. And the GOP, often accused of waging a war on women, boasts four, an advantage that gives Republicans a powerful tool in the broader political fight to attract women voters. (AP Photo/ Richard Shiro, File)