Scores and scores of Tata Teleservices employees anxiously wait for the newspaper-wallah every morning. Getting their hands on the pink sheet, they pore through it with an alacrity of a cat sitting on hot cinders. Most of them have even taken up to surfing business portals on their mobile phones, even while brushing their teeth. And if that’s not enough, they would invariably be watching a business channel as they sip on their morning cuppa of tea. 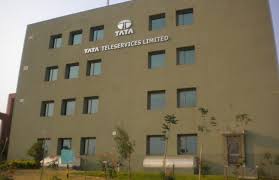 because their future are jeopardised. The company has been undergoing crisis for the past many months, and big changes are in the offing. Thousands of jobs at stake, so many careers hang in balance. But instead of providing hope, succor or reassurance to the hapless employees, the top management at the company seemed to have clammed up. They just went incommunicado. There was no clarity, or statement from the internal stakeholders. Except possibly for all the speculative analysis that was being discussed and deliberated in the newspapers and the portals. As one senior employee confessed to me wryly:

“ We get to know things from newspapers, not from our people.”

So this week when the employees received an email about a town hall by the MD Srinath Narasimhan, the signs were pretty ominous. The workforce was sure that some big decision would be announced, and the rumor mills went into an overdrive. The unsure people were clutching to any info tidbit as a clue to what will be the future course for the company.

The town hall was scheduled for Friday (the 13th) at 3 pm. And then a day prior, the news broke up on business channels and news portals. Tata Teleservices had decided to sell off it’s mobile business to Bharti Teleservices (Airtel), merge it’s enterprise business with Tata Communications (TCL). And apparently, the broadband part, the landline and photon will become a part of the Tata Sky. The newsbreak played through the day, with even the Group Chairman N Chandra talking about the decisions taken by the embattled Telco.

The floodgates had opened up for the employees.

Around 5 pm, a mail arrives in the official account of the employees, with the subject line “Employee Communication”. It’s a note from the MD’s desk, talking about all the things that’s already playing on TV. The mail talks about the impact on business and the reason for taking such a call, but oddly, it misses upon the most important point– reassuring the employees about their future. The email talks about business continuity but not employee continuity. There’s just nothing there to provide succor to an anxious heart or a worried mind.

And that brings us to the crucial contention, “Do Employers owe it to their employees to reveal firsthand any such wide impact occurrence?” Or to put it plainly, shouldn’t the management speak to their own first, before announcing it to the world? 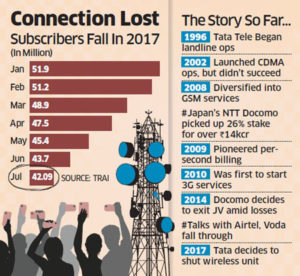 Clearly, there’s no convention that states that an employer is obliged in any or whatsoever way to it’s employees. For instance, when a company I was working with went belly up, the MD didn’t even bother to tell me that the salary won’t be arriving in my account that month, and neither will all those that were pending for a few months. Finding a new job quickly became a priority, even at the cost of compromises on the salary. The EMIs went into a toss, the savings went dry, the PF piggy broken. It was a mind-numbing traumatic time, like someone had punched in a Ctrl Z.

But then, my ex-employer did not come with a Tata tag. Neither did it come with a legacy of over a 100 years. Of course the Telco business had been disrupted badly by the arrival of a new player on the scene and botched up by shaky government policies. But then for an employee, the Tata name is like a travelers check from American Express, it won’t let you down, it is not supposed to.

Without dwelling on the business side, let’s just say that there are many lessons that can be drawn from Tata Teleservices saga. Lessons on how NOT to communicate with your employees. Here’s a quick summary of it:

Doing business is not everyone’s cup of tea. Even the biggest fail and the smallest succeed. The woes faced by the Indian Telco sector is pretty obvious. The people employed in the sector are well aware of the challenges. But yet, communication is always a must. Good companies tend to regularly engage their employees through newsletters, intranet, or even internal social media tools like Yammer. Communication should be a regular affair, irrespective of crisis or not. END_OF_DOCUMENT_TOKEN_TO_BE_REPLACED