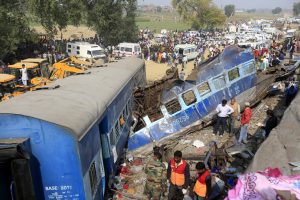 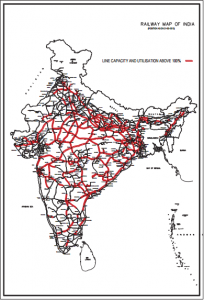 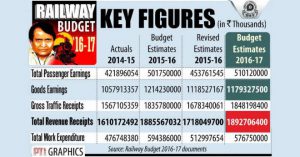 And can you guess what the biggest reason for this business anomaly is, it is the bloody manpower. Don’t get it? Sample this: 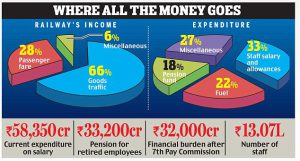 currently pays pension to a whopping 14.3 lakh ex-employees, whereas the number of serving employees is now 13.25 lakh. Thus, our national transporter is paying salaries (retirement benefits) to more number of ex-employees than the one currently on rolls.

According to some news reports, if salaries and allowances are viewed along with the growing pension bill, the whole package is going to be three-fourth of IR’s working expenditure budget. While earnings grew typically at a rate of around 10-11% per year, the pension bill grew at 17-18% . This year pension is 34%of its budgeted working expenditure.

So the simple query is; with some 50% of earnings disappearing fast in salaries and pension (and around 70% will in the future), where does IR have the money to invest in infrastructure or maintain its current one?

The trouble also lies in the way the railways are structured. While, it is meant to function like a PSU (generate income and spend money on expenditure), it actually works like ministry, under the lordship of ministers and IAS babus. The result is that unlike say a SBI that can take business decisions, all the ones taken by IR are dictated by political needs or

expediency. Hence, even though it is extremely uneconomical, the railways is unable to raise passenger fares. But since, it needs to generate revenue, it keep increasing the freight fares (to cross-subsidise the loss from passenger traffic). Due to the constant rise in freight rates, IR is losing out on freight traffic, result its freight revenues are also on the dip.

Currently, the fuel expenses account for 15% of total rail expenses, and the rolling stock for another 20%, leaving nothing but a deficit so as to say. This is the reason, why railways infrastructure spend is so low. Take the case of the Dedicated Freight Corridors (DFC), against a budgeted investment of ₹7,500 crore for DFC projects in 2015-16, it ended the year with an investment of less than half at ₹ 3,500 crore. IR just doesn’t have the money.

And yet, even with the dire finances, every year the rail minister will announce a slew of new trains, new measures, and new additions. Thankfully from 2017, when the rail budget is done away with, all such cosmetic things will not be necessary anymore.

Nonetheless, given the current financial drain on railways, safety will always take a backseat. All those great ideas that come from the various committees will seldom be implemented. So, the signaling will not be hi-tech, the coaches certainly won’t, the computerised-braking systems wouldn’t be implemented, etc. It is due to factors like these that accidents like the recent Indore-Patna one are bound to be repeated at regular intervals.

So, in the coming years, as one boards the trains, saying prayers or promising a coconut to the lords above will be a much safer bet in security than banking on the work done by the 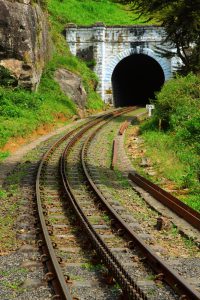 railways. Strangely, almost everyone seems to be oblivious to this singular economic fact. Till the railways resolves its people issues (especially the retired ones), it will never be able to fully run like a professional transporter. It’s ironical that because of the railways caring so much for its ex-employees, the lives of its current commuters are at an increased risk.

The fact is that the scenario can be improved. We have in front of us, the instance of General Motors that had similarly close to million people on its rolls, and was facing a massive resource crunch because of the pension payouts. GM over the years, cut the fluff, renegotiated the terms of settlement, and largely averted a disaster.

But then again, IR is not a company like GM that is run on principles of economics, it’s a magic wand used by every government to dole out favours and help politicians make money. Till that is the case, any Tom-Dick or Shankar will be able to predict the doomsday scenario for IR. You don’t need any crystal ball gazing, it is there, right in the budget. Hope Suresh Prabhu has some other ideas on this.;