Defining what is a brand is quite like tying up yourself in a knot. Brands (and we are not talking of the material here) are defined by perception than physical attributes of it. As one of the greatest advertising gurus of all times, David Ogilvy had famously said, “brands are the intangible sum of a product’s attributes.”

As an article in Forbes put it beautifully;
“Put simply, your “brand” is what your prospect thinks of when he or she hears your brand name.  It’s everything the public thinks it knows about your name brand offering—both factual (e.g. It comes in a robin’s-egg-blue box), and emotional (e.g. It’s romantic).  Your brand name exists objectively; people can see it.  It’s fixed.  But your brand exists only in someone’s mind.”

Thus, while Snapdeal, one of India’s biggest online retailer is a company, an organization and so on, which can be defined in material terms. It is also huge in terms of the 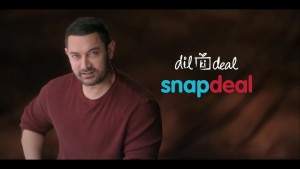 intangible, a brand that people like, associate or even hate. And in the past couple of days (specifically 2), the edifice of the brand, built with time and money, has developed a crack and all because of an event which was totally not in their hands.

It all started with a brand ambassador they had so ‘heartfully’ integrated in their campaign; namely Aamir Khan.  A little ‘dil ki talk’  by Aamir proved very costly for Snapdeal. It all started with Aamir Khan talking of how his wife had discussed the possibility of leaving India at an award show. Within a short span of time, the social universe burst into a storm of backlash against the Bollywood Star. There was resounding condemnation of the actor and shortly the hashtag #AamirKhan was the number one trend in India. People across the spectrum were pillorying the actor for his indiscretion. And in this maelstrom Snapdeal became a collateral victim. In a little time hashtags like #AppWapsi, #BootSnapdeal became a trend. Since there was no direct way to express anger, uninstalling and giving the Snapdeal app poor rating, demanding the company to remove him as its brand ambassador in the comments section became a legit way of vent their angst.

To be fair to Snapdeal, there was possibly little that they could have done in the maelstrom. Even as the barrage turned into a flood, Snapdeal seemed to be numbed. The

hyper active twitteratis were devising ways coordinating attacks on the online retailer, who just dug the head in the sand waiting for all to blow away. Sadly like those hurricanes in the gulf of Mexico, this one only got stronger. As of penning this piece the app had received some 92000 negative ratings. Then there was the supposed uninstall of some 6 lakh by users, and claimed loses of some 100 crores.

Every big brand or a corporate these days has a ORM (Online Reputation Management) policy in place wherein they listen and react to things in the online space. While, there is a limitation to how much listening and reacting one can, dependent largely on the tools, team and consultants that are engaged, great brands need always be prepared for disaster management of this sort. Just like in our offices, we keep having this fire-safety drill, wherein we are mentally prepared to react in case of a fire, similarly companies need to have a roadmap ready when things fail.

This is where I believe Snapdeal faltered; it had not prepared itself for an event like this. The company went quiet, and hence suffered terribly. There are a whole lot of steps that it could have undertaken, from big to small to present it’s side, to reach out to the people. To give an idea, here is a small set of things I would have done, were I the brand head at Snapdeal. Honestly, these steps have been arrived at deliberation with my friends in the industry, who have a lot more knowledge and experience in this domain. Thus, the “I” here is a just rhetorical tool, to evince interest and connect with the reader. So here goes my little list of things that should have been done:

React
The phrase ‘nip in the bud’ is a rather evocative one, but is a maxim of much strength. As soon as the negative trends started showing up on my dashboard, I would have 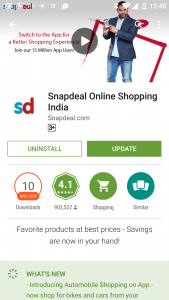 immediately constituted a task force with the sole objective of listening and reacting. Thus even as messages on Twitter were going all over, there would be an erudite set of copy-commandos trying to diffuse the situation.
Secondly, I would immediately carry a statement from the company on all the social media logins/handles. The message would be brief and succinct, stating that these are personal comments by the star and we are not associated with it. This would have been immediate.
Third I would also mask all the communication that would be featuring Aamir Khan. I mean, if so many people are pissed at him, why would I still maintain his face on the FB cover, on the App front-end, on Twitter cover and so on. Immediately, there would be a generic poster/cover, featuring a Tricolor or something, or Wishing people a happy Guru Nanak Jayanti, just to diffuse the scenario.

Reassure
Even, as I would be reacting to the scenario, I would also put in place a campaign to reassure the people at large. I would create visual imagery around the positive impact the company has had on India. Things like how small traders in Jamshedpur, or Rourkela, or Coorg, are thriving because of Snapdeal. With images of these common people, I would broadcast a positive message, about Snapdeal being all for India, something like #BestDealForIndia. This would be the bulwark  for the whole positive campaign.
Secondly, would also start talking subtly about the CSR work in a subtle manner, all the steps taken, all the groups helped and so on. The idea being to let the people know that this is a company with its heart beating for India.
Explore 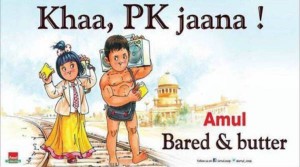 Through the advertising days, I have come across some real interesting case studies as to how Brands have turned the tables during such crisis. In certain times, being a bit irreverent can also work to your benefit. So, say a generic seeding of messaging centered around, “Meri kyun?” or “Why Me?” could make a lighter conversation. Having posters like, “Khaya piya kuch nahin, glass toda barah anna” or “Begani shadi mein Abdullah begane”or something like “Reza ki kya sazaa“would really work on the WhatsApp front, where such frivolous and light stuff is often shared. I would seed such bits without any branding just to de-pressurize the situation.

Explode
Finally, once the initial storm has blown I would explode with communication. The PR team would be jacked to deliver. Blogger networks and different sites would be greenlighted (of course with flow of money) to write stuff exploring the various contours. Advertising campaigns would be launched on Facebook and Twitter talking about the various aspects.

Also the big problem with Snapdeal being that there are no faces to it. I mean how can things be so bad that you need a rival CEO (Sachin Bansal from Flipkart) to tweet on 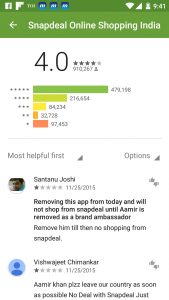 your behalf. Kunal Bahl, the CEO of Snapdeal is pretty “unsocial” and there are no others that personify the company. Even the blogs at Snapdeal are archaic and arcane. This would really need to be set right to work right. You can’t have a digital behemoth, weak on digital strategy itself.

In the end
Like everything else, this too shall pass away for Snapdeal. My sympathies are much with them, as they are caught in a quagmire which is not of their choice or making. All the negative ratings will have a dour business impact, as now Snapdeal would be thumbed down much the order of suggested Apps on Playstore and iTunes Store.  There are clear business impacts of that.

While a celebrity like Aamir will surely live through the events, and even might come out stronger, a brand like Snapdeal will have to face the consequences. After all when you strike a ‘Dil ki deal‘, ‘Dil (sometimes) manta nahin’..
—
So let me know what you say to this. What would you have done different had you been the Brand Head at Snapdeal, drop a comment for all to see your stratagem