If you have been following the news from Delhi (and am sure that if you are an Indian or in India, you can’t miss it), one thing is seemingly unmistakable; Modi Magic is waning. The electoral projections have been pretty dour; AAP might just have crossed the laxman-rekha, and might form the government soon. The opinion polls till now had always projected Arvind Kejriwal as the most popular man for the CM’s post, but AAP was never even close to forming the government. BJP was going to win the election, even though 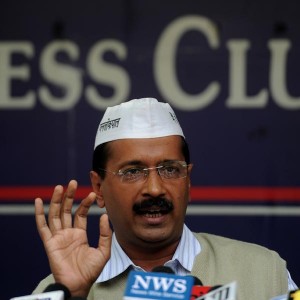 Kejriwal was the most popular. But over the past month or so, the gap has eroded, and now if the latest figures by ABP NEWS-Nielsen and ET-TNS polls predict a landslide victory for AAP. There is apparent defeat that is being foisted on BJP, even before a single vote is polled. The atmosphere is so electric that for the first time ever, the chief of a political party (Amit Shah) openly blamed a network channel (Aajtak) for conniving with AAP, to help it win the elections.

So, what has actually gone wrong for the BJP, has it snatched defeat from the jaws of victory, much like the Indian cricket team?

Honestly, if one were to do a serious analysis of the way BJP has gone, there isn’t anything tragically/tactically wrong about all the things they did. Let’s look at what are the reasons that are being presented for BJP’s loss and possible reasoning:

1) Bringing in Kiran Bedi: Almost all channels are unanimous in their assessment that Kiran Bedi was a wrong move for BJP. But considering the choices they had, bringing in Harshavardhan or any other would not have helped either. In comparison, Kiran Bedi has a more ‘mass appeal’ than rest, and her past performance would have much helped her case. Possibly, the timing was an issue, as Bedi has very little time to get in the groove, not much else.

2) Waning appeal of BJP: There is also this talk of how BJP’s appeal is waning, especially so in light of the lackadaisical performance of the Modi government. Yet, the fact remains that in the recent elections held in Haryana and Maharashtra, the party did exceedingly well. There is no governance deficit, and PM Modi is still known to be a popular and strong leader. Relatively speaking, BJP has only reduced much less than their opponents, so this is certainly not the case.

3) Its about team play: Considering how AAP’s biggest detractors are former AAP members, the fact remains that the AAP is certainly not a Barjatya family, so as to say. Right from Shazia Ilmi to Vinodkumar Binny, AAP has been beset with many more desertions in comparison to BJP or even Congress. In fact, even one of the founders of the party was seen thumping support for Bedi, endorsing her credentials over Kejriwal.

4) The dying Hand factor: The only positive thing in AAP’s favour is the complete decimation of Congress. With the latest Jayanti Bomb, the little credibility that remained has now been lost. With Congress not even in the contest, voters are now forced to choose between BJP & AAP.

Yet the fact remains that BJP is losing this elections big time, irrespective of whatever they do. Already the party has deployed its biggest contingent of leaders, Modi is speaking at 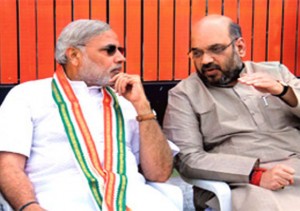 rallies, they are cornering AAP on various points, yet the battle of perceptions seemed to be lost, and now the battle of ballot remains.

The loss of Delhi can indeed a big setback for Modi-Shah duo, who risked quite a lot by unilaterally foisting Kiran Bedi on top of everyone. A loss here, could mean a loss of face for sure for duo from Gujarat. So, why are they losing the elections? Or could it be, that, they are being made to look like they are losing by the media, quite like Shah alleged? And in case it is so, why would Media do so?

To analyse that, we would have to make a short trip down the past. Right from the onset of his political career, starting as a Chief Minister, Narendra Modi has had a tenuous relationship with the fourth estate. Post Gujarat riots, the relations were ambivalent at best, with Modi being portrayed as a monstrous villain. And the hatred was pretty mutual. After a few early failed attempts made by Modi to co-opt the mediawallahs, he retreated to his fortress and closed the gates.

Come 2014, and as Modi rose, he apparently softened his stance, gave a few interviews and made a few laughs. Yet the undercurrents of acrimony were still there. Except for a few journos like Rajat Sharma, who made the right bets, the rest were much flustered by the way Modi came to power, riding the wave of euphoria. While, the journalists were now compelled to cover the PM Modi, the fact remained that they still did not like the man that was. And Modi was in no mood to help them do it either.

But while, Modi was a bit accommodating while running for the PM’s post, he turned into a stone wall, once he became the PM. In fact, ever since PM Modi has parked himself at 7 RCR, he has been running the government quite like he did when he lived at Swarnim Sankul in Gandhinagar. The government is mute, the ministers are gagged. There is nothing that moves without Modi’s permission. The government now communicates with the 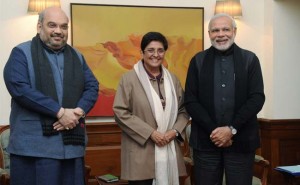 audience through social media, trying to effectively by pass media all together. Modi is also using radio to reach the masses, every month he takes out time for the Mann Ki Baat address, but press meets, are still a rarity. He will not even take mediawallahs along with him in the plane on foreign trips, which almost all the predecessors did. The angst that media hold against Modi runs pretty deep and they were just looking for an opportunity to get even, Kejriwal in a manner of speaking is their payback.

Unlike other elections like J&K and Maharashtra, or even Haryana, Delhi is a very different ballgame. It is a largely urbanised centre, much susceptible to popular opinions. There is a huge-chunk of undecided voters, who might just go with the party that is most likely to win, so that their votes aren’t wasted. And then comes the minority votes that often does strategic voting — namely transferring the bulk of votes en masse to any opponent who is most likely to checkmate BJP. Hence, all the positive noise, and projections is actually helping AAP formulate the victory many days before actual polling date. Thus, even though there are quite a few issues that could potentially harm AAP, right from the number of charge-sheeted candidates, to how rich they are, or even the funding issue, a lot many channels are actually playing soft with Kejriwal and the party. And they have even thrown the caution to the winds, I mean, for channels that have often got the projections wrong when Modi is in the electoral fray, yet the numbers are anything but fantastic, like one projection was that AAP will get 50 seats. The idea is simple, hurt Modi (and Shah) the place where it hurts the most, a loss in the elections. 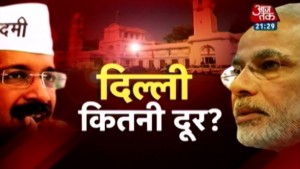 By the way media isn’t alone in desiring Modi’s defeat. The over-arching Sangh is not pleased with the way Modi-Shah are running the show. The earlier campaign (the Ramzaade one) was completely vetoed by Modi-Shah, as they brought in Bedi into the fold causing heart-burn in the Sanghi setup. So far, the Sangh has played a significant factor in crafting Modi’s victories. This time, they have taken a hands-off approach. Even as the size of Kejriwal is growing, Sangh has retreated into the Jhandewala fortress. People there, also wish for a loss in Delhi elections, so the presumptuous duo are thought a fitting lesson.

Thus, the battle of Kurukshetra (or rather Delhi) is a much complex one. There are many factors at work here, many futures at stake. The fact is, in case the Modi-Shah duo emerge victorious, than the ambivalence between the media and them is only going to increase. In case of a loss to AAP, Modi-Shah will have to make concessions to the Sangh, and resolve to play by the rules, especially for the big elections of Bihar and Bengal. The repercussions of a victory and defeat in Delhi would be much widely felt, and only one set would be laughing at the end of the day.

— (Disclaimer: All the images used in the story have been randomly downloaded from the Net. In case of copyright issues, please do let me know, and I will remove them)