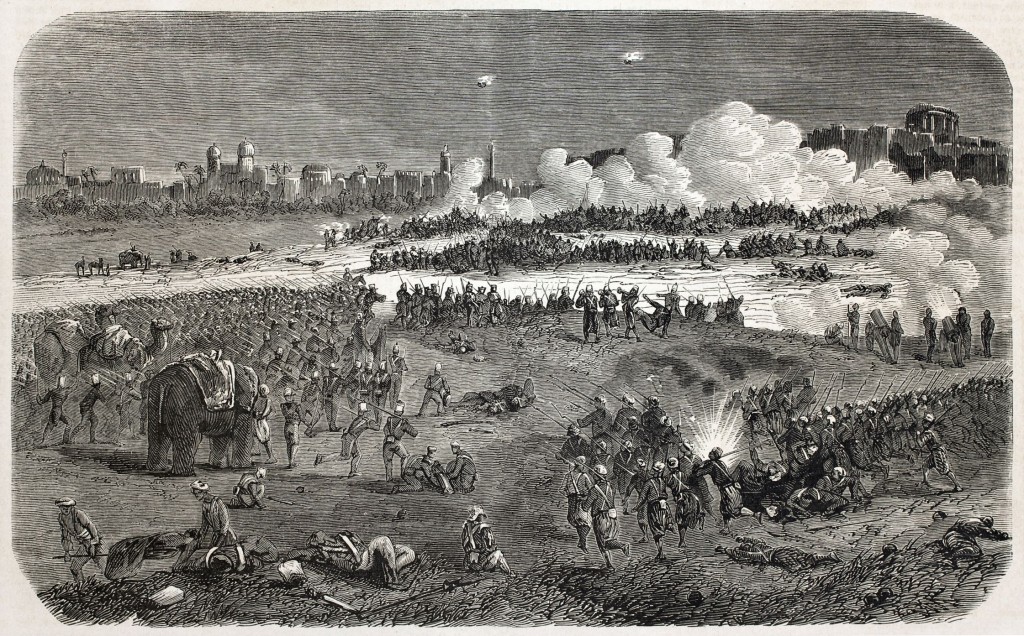 But before we come to the temporal money, it is important to understand that over the very many centuries in India, right from 6th Century BC from the punch-marked series of the Mahajanapadas, coins were prevalent in India. With the Mauryas, Guptas, Cholas, Delhi Sultans and finally the Mughals, coins proliferated through the very lowest denominator. With the Delhi Sultans enforcing tax payments in coins, the barter system was largely pushed into the background, existing largely in a community setup. The traditional forms of exchange, namely, supari (betel-nut), bitter almonds, and cowries, existed but were gradually being replaced with “pukka” currency. Thus, while you could still find a potter in a 17th century village to sell you a cooking-pot in exchange of a half-a-sack of grain, he’d rather prefer that you paid him in Hali Sicca, the Ankushi rupee or even the Chandori rupee.

Oddly, the first time copper coins had proliferated far and wide was during the reign of Sultan Mohammed bin Tughlaq, who had introduced the copper coins as token currency on an experimental basis. The Sultan had inscribed the value on the coin, and expected his people to trade the coins at par with gold and silver, overlooking the fact that the coins were of lowly and freely available copper. It is said, that almost overnight, homes of many a Hindus became a copper-smelting mints, with fakes being churned out to pass of as tokens. The whole system crashed because of the massive mass forgeries. The Sultan very reluctantly annulled the tokens, and dutifully exchanged them with the gold dinars or the silver Adlis. But, due to this small ‘token’ incident, it could be concluded that the Indian people in general had pretty good knowledge of how to mint copper coins, and make profit out of them as back in the 14th Century. It was also the time, when it could be said that coins became common place. 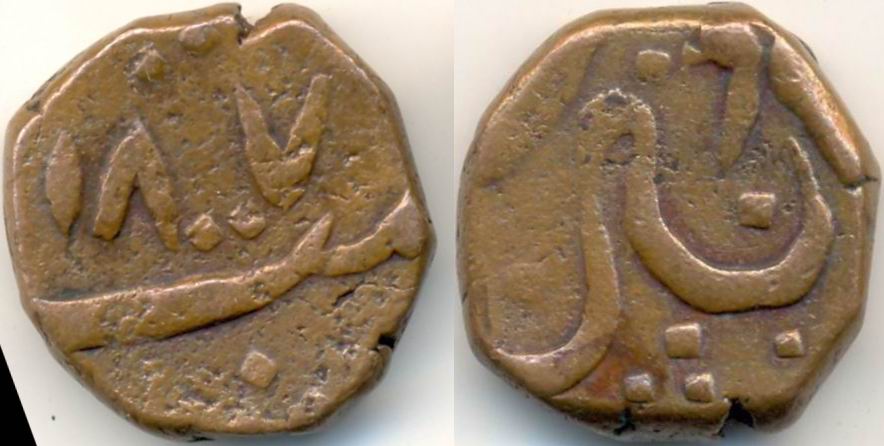 Coming back to the good old, trying times of the 18th Century, with rulers and their mints disappearing quicker than a magician’s rabbit. People were hard pressed for a medium of exchange. The Britishers also were compounding the problem, they were disrupting the flow of cowries – that were largely imported from Maldives — rerouting them to Africa, to make payments for the Black Slaves who then could be carted away to the Caribbean to work in the sugar plantations. The paucity of cowries coincided with the increased supply of copper which was flowing into the country thanks to the Dutch and the British traders who had set up their ‘factories’ in different part of India.

Not to forget that in uncertain times, people desire a portable wealth than a traditional system. A rampaging force can quickly take away your sacks of grain or your cattle, but in case you have hidden your wealth in the form of coins under the field, chances are that they won’t be easily found. Even the rampaging forces prefer currency; it is well illustrated from the fact that the mercenary Pindharis too had minted their own Kachcha coins, which they would carry along with them.

This demand for a monetary device was met with the supply of Kachcha coins that were minted locally, and meant to be traded locally. With the feudal nature of governance in place set up by the Delhi Sultanate in the 11th Century and supported by the Mughals, this form of currency was often promoted by the local chieftain or the zamindar, and backed by his power and influence. Thus, the coins spread as far as the influence of the local authority did, and as long as he endorsed it. On the other hand, it was also a currency that had to be endorsed by the local money-trader or Shroffs, a sort of Hundi-sort of arrangement that exists even to this day. 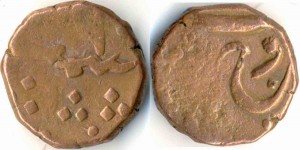 Scholars have worked on this; there was Frank Perlin, Barry Tabor, Jan Lingen and recently Shailen Bhandare. According to certain experts, the British had a mixed attitude towards these coins, on one side they were promoting Kachcha Coins, especially in the Malwa region to pay to the opium growers (in fact, there is a whole series of coinage that has opium as the signage, with poppy flowers, leaves, etc.) or the cotton farmers in Berar. There are also cases of certain Britishers setting up shops, and minting these coins for the sheer profits it offered. “Some of these coins could well have been at least semi-official – the minting rights might have been farmed with the approval of a state or polity that controlled the port/s through which the trade was carried out. These polities were the Nawabs of Cambay, the Gaikwads of Baroda and the Thakor of Bhaunagar and each appears to have struck a range of ‘unofficial’ coinage – many coins have a ‘countermark’ appearance with small devices, often specific to the states, ‘punched’ on rectangular copper flans,” states Shailen Bhandare. In fact, the British administration was not far behind in taking advantage of this boom on trade and the demand in copper coinage – the East India Company ran at least one mint in the region, at the port of Dholera during these years for minting these sets of coins. On the other hand, the Companywallas were also ambivalent to the coins, trying to stop the spread of these spurious coins by shutting down the mints.

According to Bhandare, the coins were most commonly found in the following 12 regions:

A little analysis of the regions will confirm to our hypothesis that the coinage was common in those areas, where there was political turmoil or a weak government. Thus Kachcha coins were symbolic of a Kachcha rule of sorts. For instance, it was not there in the Eastern part of India, which was firmly under the control of the Britishers post their Plassey victory.

Finally, these Kachcha coins were relegated to the annals of history, as British brought the country under their dominion. Once, they lorded on the country, they used their economic power and military muscle to eradicate any other competing currency. They pumped in British Rupee in huge quantities, using it to pay wages, payments, etc. that it became the dominant currency. Thus in a sort of reverse application of the Gresham’s Law, Good Money drove out Bad Money. 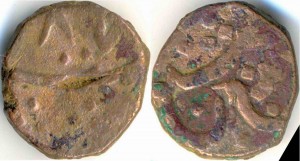 Today, these coins spark little interest in the coin collectors or dealers, who like a well-etched signage on coins in terms of symbols, mint, epigraphy, and are uniform in structure and weight. For them these coins are of little consequence. Yet, for a social historian, these coins reveal a lot more from what a numismatist could decipher. The very existence of these coins is a chapter in Indian history. To him or her, they represent a time-period in India, that was caught in a tangle, the old sun had set, and the new one was about to rise. These Kachcha coins are symbolic of that day and time of transition, turmoil and a little tyranny. In that sense, they are worth much more as collectibles than a lot of UNC stuff that gets all those fancy bids at auctions.

(Credits: This piece is a product of a lecture by Shailen Bhandare on the same subject that he delivered in Mumbai. The lecture was conceived by DMINA, by Mahesh Kalra and facilitated by CEMS Mumbai, courtesy Mugdha Karnik and Kurush Dalal. The dots were provided by them, I just took the liberty of drawing the lines into a shape. Also, for those who love curious facts, the Kachcha coins were also known as Humble, Gimcrack, Chikna, Chullum, Alamshahi, etc.)