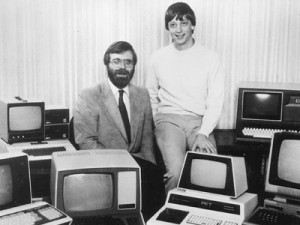 Over the next few years, destiny would bring the two together and they both went on to create Micro-Soft. But once, the company was established and set, the disconnect occurred. The difference in both their personalities made them drift further and further apart. While Allen was the philosophical, do-no evil sort of technologist, Gates was the demanding maniacal boss, who would be livid at a programmer asking for a day off, after working 81 hours in 4-days. “Some said Bill’s management style was a key ingredient in Microsoft’s early success. But that made no sense to me,” he states.

Even though the company had been co-founded, Gates first bargained for a 60-40 ownership split, only to increase it to 64-36. Allen mentions that he could not figure out the logic behind it, but agreed to it. “I’d been taught that a deal was a deal and your word was your bond,” he mentions. Oddly, Allen, who had also come up with the name “Micro-Soft”, had always assumed it to be 50-50. 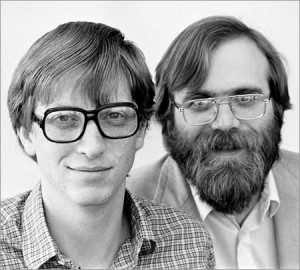 Nonetheless, the biggest wound was caused by the way Gates and Steve Ballmer (who was hired by Gates) plotted to dilute Allen’s holding in the company, while he was recuperating from Hodgkin’s disease. He specifically mentions a conversation between Balmer and Gates that he over-heard (read the excerpt below) and this literally was the last straw for him. Disgusted, hurt and bitter, Allen decided to quit Microsoft in 1983.

But even so, Gates was still scheming. He offered to buy out Allen’s stake for $5 a share, Allen refused and the rest as they say is history. Today, Allen is listed as one of the wealthiest people in the world with a personal wealth of $13.5 billion as of 2010. Much of this wealth is due to the Microsoft equity in his portfolio, apparently he still owns some 138 million shares in the company, he co-founded.

Meanwhile, as the news exploded through the wires, Gates tried to put up a brave face and released a statement saying, “While my recollection of many of these events may differ from Paul’s, I value his friendship and the important contributions he made to the world of technology and at Microsoft.”

One thing is certain for now, everyone will be eagerly waiting for April 19, when Allen’s memoir will be released. And going by the storm a mere excerpt has generated, possibly, Saint Gates will find himself in a tight spot, revealing all his not-so saintly dealings when he was the CEO of Microsoft and the richest man on this planet. It has been rightly said, charity begins at home, if only Gates knew that.

One evening in late December 1982, I heard Bill and Steve speaking heate 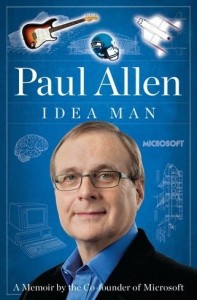 dly in Bill’s office and paused outside to listen in. It was easy to get the gist of the conversation. They were bemoaning my recent lack of production and discussing how they might dilute my Microsoft equity by issuing options to themselves and other shareholders. It was clear that they’d been thinking about this for some time.

Unable to stand it any longer, I burst in on them and shouted, “This is unbelievable! It shows your true character, once and for all.” I was speaking to both of them, but staring straight at Bill. Caught red-handed, they were struck dumb. Before they could respond, I turned on my heel and left.

I replayed their dialogue in my mind while driving home, and it felt more and more heinous to me. I helped start the company and was still an active member of management, though limited by my illness, and now my partner and my colleague were scheming to rip me off. It was mercenary opportunism, plain and simple.