It is often said that much like an inamorato or a paramour, you either love Apple or hate it. Renowned for its path-breaking innovations, Apple products are much desired all over the globe, from a college kid to corporate head honcho. Same is the case in India as well. Going by the strengths of all the people touting iPhones or moving around with iPads, it will be hardly surprising if we are not as obsessed with the Mac Maker as the Americans are. And yet, why do we have a feeling that the love isn’t mutual, in fact it seems more of an infatuation more than anything else.

A clear indication of this one-way street can be made from the way Apple treats the Indian market. There is an almost disdain on how and when products are launched in the market. For 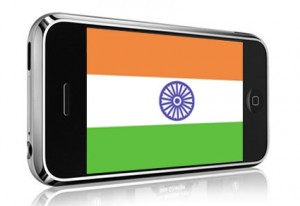 instance, Apple today announced that it will be shipping the new iPad2 to 25 countries mostly European nations and Mexico by March 25th. The company has also indicated that the device will debut in Hong Kong, Korea, Singapore and additional countries in April. Yet there is singular silence when it comes to talking about India.

The few Apple-branded retail outlets dotted across in India, still sport the older iPads and are completely clueless on when and how the newer one will appear. Considering that it took Apple a good ten months after the global launch to officially launch the iPad in India, Indians will have to wait for some time. Leaving the patriotic jingoism aside, the market is rife with accusation that the delay in the India launch of iPad1 is proof that Apple treats India as a market to dump its old goods. The fact that it launched the first version iPad here at a time when it was in the final stage of launching the iPad2 only strengthens the perception that the company wishes to dispose of its inventory in India.

It is not the first time that the Apple is delaying the launch. Take for instance, the first iPhone was launched in the US in Jan 2007, while it took the company much time to finally launch iPhone 3G in September 2009. The case was no different with the iPod.

Yet, it isn’t that Indians were in any ways lacking in terms of the new gadgetry. Thanks to the numerous H1B cousins and friends travelling to the US and courtesy the Gaffar Market in Delhi and Hera Panna in Mumbai, Indians were seen touting the devices in a week or two of their international launch. In fact, the grey market is yet again abuzz with iPad2 queries and many are already talking of procuring the same soon.

And it is not only the delayed launch. Pricing is a big concern in India; the same products available in India and US are priced differently (custom duties are also much to blame). Some years back, Apple closed down its development center in India, laying off all the staff. Servicing Apple products can also be a big headache, since they need to be shipped to Singapore. The litany list is endless.

In its defence, the company has always drawn attention to the market size and stated its helplessness in treating India at par with our markets. “How can we launch the latest iPad here to sell a few thousands, while millions are clamouring for them overseas?” But, if the company continues to much delay the launch in India, why will customers buy the outdated, pricey 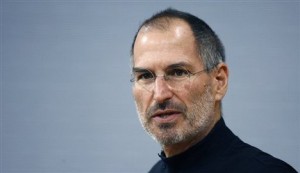 products at all? For instance, why would anyone purchase the officially available iPad1, when the latest one is available in grey? It is a vicious circle.

Ironically, India has a deep connect with Apple. Decades back, a young adventurous Steve Jobs had gone back-packing through India, washing himself in the Ganges and sitting around in company of babas, before he launched Apple. According to Jobs, there was much that he gained from India and he feels a sense of gratitude to the country. One only wishes that it also showed in his actions as well. The karmic connect needs to now move to a more economic one.