There is no denying the fact that Scotsman William Dalrymple is a fantastic writer. He has the inane ability to weave magic carpets and then take you along on a journey through time, be it 100 years or even a 1000. In his work, his hard work and research is reflected in the kind of details he brings forth. ‘The devil is in the details’ and Dalrymple is the indeed the devil that exults in minutiae. Over the past quarter of a century in his adopted homeland, he has worked hard not only to understand what India was, is or could be, but also has come to appreciate what it is not and does not wish to be. Through all his books, one thing is crystal clear; he loves this country truly, with all its intricacies and oddities. In fact, I have a feeling that he loves this land ‘because’ of these oddities, the fact that India does not fall into a model, a land of stark contrasts, a land where time is a just a measure, where faith and belief can literally move mountains. Dalrymple celebrates these contrasts in all his books, and 9 lives happens to be the biggest celebration thus far.

In the three earlier books that I have read, namely, City of Djins, Last Mughal and White Mughals, Dalrymple has kept himself limited to history and historical settings. Sifting through the tomes in the National Archives, he had found little pearls of information and then crafted brilliant necklaces of 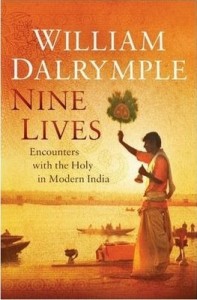 tales from them. He has been fairly successful in recreating the past, like a painter does. So, in the Last Mughal, we are able to understand the nuances in the court of Bahadur Shah Jafar and how he was caught up in the wave of 1857 mutiny. Or in the city of Djins, he explores Delhi like an archaeologist, uncovering layer after layer of previous cultures that lived and thrived. 9 lives is markedly different from all his previous works. It lies in a mix-match genre, part travelogue, part biographies, part historical, part non-fiction, part fiction, etc. The work does not confirm itself to a single genre, and that is its greatest strength and also the greatest weakness.

Much like the title goes, 9 lives is basically biographical sketches of 9 individuals, who are in no ways connected to each other (except for the last two). The common thread that is shared in all is that they are in pursuit of the divine through their actions or vocation and when they are not, they have full faith in the power of supplication like Rani, as one of the characters did. So, we have a sketch of a Jain Swetambar nun in Karnataka, a prostitute in the same state, a theyyam dancer in Kerala, folk-lore singer from Rajasthan, a Sufi in Pakistan, a Buddhist monk in Himachal, a Brahmin idol maker in Tamil Nadu and a tantric lady and a baul singer from Bengal. The tales of these rather esoteric individuals is what makes up 9 lives. Intermixed with all the tales, is a lot of historical and contextual perspective, so, in case of the Jain nun, one gets to know the beliefs and customs of the religion, or in case of the theyyam dancer, we are privy to the caste conflict that has been around for centuries. In Lal Paree’s story, the conflict between the two forms of Islam, the liberal and the didactic comes to fore or in the idol maker; it is the old 700 year culture trying to survive itself in the face of challenges from the computer and the Internet. Thus, each story is a khichdi of a certain time, place, or culture pegged on a central figure, who takes it forward. Dalrymple truly immerses his own self in each of these tales, so there is very little “me” here, namely, author’s bias or perspective. And yet, these stories are not without there subtle lessons or lamentations, about the way things are going or have gone.

Of all the stories in the book, the most appealing and complete one, has been that of Mohan Bhopa, or the epic-singer. This one is a tale of Mohan who used to sing about the epic struggle of a local deity Pabuji, of how he protects the cows, his friend Gogaji, and how he brought camels from Ravana’s Lanka. Armed with a Phad, an intricate canvass that has a visual connect to all the sub-plots mentioned in the epic and sung in the nights, the entire epic can go on for weeks, and is a joint effort between the Mohan, Batasi (his wife), and the kids as well. Probably because Dalrymple was deeply connected to Mohan, in trying to safeguard and promote the tradition, he has been able to truly capture the trials and travails of the Bhopa way of life. Not only does he introduce us well to Mohan and his family, but also to his deity Pabuji, he evens tells us the impact of DVDs and television, especially, the broadcasting of religious channels that have the effect of standardising Hindu mythology, thereby relegating local deities like Pabuji to the edge. The oral tradition so as to say is steadily dying out. Finally, the fears are realised when in postscript, Dalrymple’s tells us about Mohan’s death and how Batasi and his sons, Mahavir and Shrawan are struggling to keep the family tradition alive. Not only is this chapter one of the longest, in terms of number of pages, but is also the most complete. In 34 pages, not only do you know about a family’s struggle to keep a tradition alive, but also get to know about the oral traditions of Rajasthan and Bhopa way of life. Of the 9 lives in the book, Mohan happens to be most detailed and satisfying. The other characters too are beautifully etched by the master.

The only issue I have with the book is the choice of the characters, namely, they are very ‘secular’ (for the choice of a better word) so as to say. Thus, you have an untouchable, a Brahmin, a Jain nun, a Moslem, tantriks, etc. By their very nature, each of these characters will have interesting tales to tell, 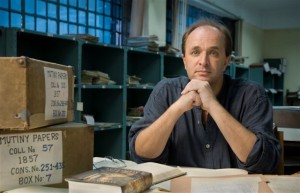 so, 9 Lives, does not strike you with its brilliance. The book does not surprise, probably that could be because we live and know these characters beforehand and thus there no veil of intrigue that shrouds them. So, this book has more appeal to those foreigners who wish to “Eat, love and pray”. And also, there are a few things that kind of disturbed me, namely the discussion of sex in our lives. In an effort to prove how open ancient India was in matters of carnal delight, there are times when certain of his assumptions seem stretched just enough to confirm to the view. For instance, how full-bodied Chola statuettes had an erotic feel to them. It could be and it could be not, the justifications like quotations from Kalidasa and others are not sufficient to prove the point. And then in the last chapter, there is yet again a mention of the secretive sexual practices of the Baul singers. Since, none of the baul singers would share it; there is just a tantalising hint to it. Also, Dalrymple seems to believe in the Mueller version of history that classifies the same as Aryan, Vedic and Muslim. It is evident from the way he uses terms like pre-Aryan, pre-Vedic, etc.

Overall, 9 Lives is a lively and interesting read. It keeps you hooked on to the end. Though, somehow, I wish that Dalrymple returns to the tomes of National Archives and finds us unknown tales from the past. He is a master of telling historical tales and we are eagerly waiting from another such one from the master.