In what could be termed as upping the ante in the war for smart phone dominance, Apple, the iPhone-maker decided to sue Motorola, the Droid-maker for patent infringements. According to reports filtering in, Apple has filed a suit based on six counts with the patents it holds on “smart phones and associated software, including operating systems, user interfaces, and other

application software designed for use on, and loaded onto such devices.” The move does not come as a surpise since, Motorola had filed a suit against Apple last month on 3 counts of patent infringement.

The main bone of contention is touch. Apple, not surprisingly, is fairly touchy about touch technology and now since most companies be it RIM or Blackberry or even Motorola, are coming out with phones that let users do similar and more stuff like that of iPhone, Apple is trying hard to protect it’s turf.

Over the past few quarters, Apple has made it fairly clear that it will not shy from taking a legal recourse when it comes to technology, thus, when a few months back it had sued HTC, CEO Steve Jobs had stated, “We think competition is healthy, but competitors should create their own original technology, not steal ours.”

Yet, the world of smart phone dominance is not all to easy, especially when it comes to a ‘suit-driven’ approach. Savour this, when Apple sued HTC in March, it promptly sued back. Prior to 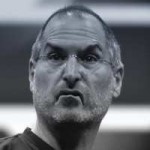 take the suit-war was much on between Apple and Nokia. Thus, when Nokia first sued Apple last October, Apple counter sued in December. Later that month, Nokia raised up its ante by adding more patents to its list and claiming that “virtually all” of Apple products violated some its IPR.

Hence a repeat of the same “you-sue-me-and-I-sue-you-back” between Apple and Motorola might be very much on the cards. In fact, speculations are rife that the current suit by Apple could be an indication of a breakdown of talks between Motorola and Apple.  The two were discussing a possible licensing agreement to avoid litigation, yet the discussions broke down and subsequently Motorola filed its suits in early October.

Could it also be that, the actual target of Apple’s attack is not really Motorola, but in actuality Android. The Mobile OS from the “do no evil” Google has found much favou 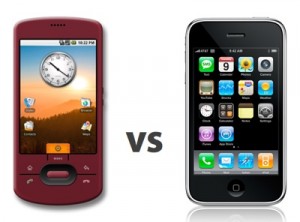 r among the community, and apparently the Android is even outselling iPhones in certain markets. The fact that Android is open and ported on numerous phones, must indeed be rattling Apple, whose iPhone is under attack from multiple quarters, be it Windows, Symbian or even RIM. The current move can thus be taken as an indication of how the battle-lines are being drawn over between iPhone and Android. It is only a matter of time, before either one succeeds. We all will be waiting for that.