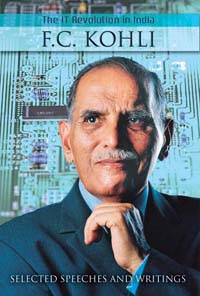 By that time, his family had shifted to Lucknow and he was distraught to see them reduced to such desperate level. “We had to start life all over again. It was a big shock,” he reminisces. “It was a terrible thing (partition) to happen. I just could not fathom how it all happened. We were all so good to each other, so happy,” he adds.

Working with the Tatas

From ’51 onward, Kohli was at Tata Electric. He joined the company as chief load despatcher and went on to become the deputy general manager. He was intimately involved with the process of computerisation and digitisation of Tata Electric. “In 1964, we had acquired a mainframe and were looking at different ways to use computers. The first application to run was a project management software and we saved a lot of man-days and resources by using this utility and that clinched the case for computerisation,” he says.

Meanwhile, TCS was established in 1969 and subsequently he took charge of the company at the insistence of JRD Tata. His tenure at TCS is dotted with numerous episodes and incidents. Take for instance the story of how TCS had developed a permanent account number system for the Income Tax department and was nearly halfway through the process of computerising the department itself. Then the Janta Party came to power and the union finance minister Charan Singh derailed the whole process. “We missed a big opportunity in 1978-79. Imagine the gains that could have accrued with this kind of a mammoth project!,” he exclaims. 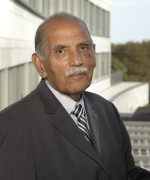 The other big miss according to Kohli was the kick out of IBM by the Janata government again. “I was never convinced about IBM moving out of India. As they had the technology, we needed them more. I am sure that if they had stayed on, the next plant for manufacturing mainframes would have been setup in India and not in Japan. We missed out on a whole generation of technology,” he rues. Though Kohli was instrumental in bringing IBM back in India, he was also responsible for setting up of the joint venture Tata-IBM.

Of dreams and aspirations

Did he imagine that IT would be such a big thing in the years to come? “I was sure”, exclaims the emphatic Kohli. Way back then, Dr. Prem Gupta from ICR Computers had announced that India did not need more than six computers, but I believed otherwise and kept quiet. After all what are computers? They are just a tool that makes work easier. Now if you find a tool useful, do you go on and say that I will only use so many pieces in so many ways, or just go ahead and employ them in all means that are possible. You don’t limit you future, right?”

The future is going to be drastically different from today. “The best thing about technology is that it is undergoing constant change. Take for instance disk capacity in the eighties. Big machines used to have 3-4 gigabytes of storage capacity and now this PC on my desktop has close to 160 gigabyte,” he says.

Kohli continues to work on unabated. The octogenarian refuses to cut back on the work. “Retirement is for dummies,” he says. He is working with IITs and other institutions on different social projects that will touch the life of the common man. For instance, he is a great supporter of IT in agriculture, “We have not touched that sector at all,” he says. Also associated with a functional learning project, the pilot worked successfully and he has handed over the reigns to the local governments.

Kohli is an early riser, who on the days that he play golf wake up at 5.30 a.m. Otherwise, he wakes up at 6.45 a.m. to proceed for his morning walk. Kohli, who enjoys music says: “In my early days, it was film music like KL Sehgal, etc. During my stint in the U.S., I was exposed to Western classical music. When I returned back to India, I gradually began to take interest in Indian classical instrumental music. And right now, I am learning about Jazz,” he says. He admits about seeing films once in a while, “Right now we are watching a lot of Pakistani plays,” he adds.

He is currently grappling with the problem of hooking on his iPod to two PCs at the same time so that he can download music and files simultaneously. “There has to be a way and I will do it once I have the time,” he says. Kohli is also trying to convert his hundreds of VHS tapes into DVD, “I have a standalone 180 GB hardisk that burns DVD. I am in the process of converting my video tapes,” he says.

Kohli is also a happy family man. He has three sons, two settled in the U.S. and working on IT related industry, while the third is a doctor in India. His wife is a well-known consumer activist.

Kohli, the first recipient of the Dataquest Lifetime achievement award in 1991, quotes a line that he had said way back then, “to get recognised you need to live long, and if you live long, you will get recognised anyways.” But Kohli is not bounded by such limitations of time and providence. No matter, how much he lives, he will always be known as the IT messiah of India, the father, the grandfather, etc.