Peep into an ant-hill and you will know what seamless order and perfection is. The tiny insect cousins have truly evolved a highly complex organizational structure that in spite of being hierarchal is also highly efficient. At the very apex sits the queen, cynosure of all the domicile ants, and does little work except fawn and procreate. Below the queen, there are the scores and scores of workers ants that toil endlessly to ensure that queen is unperturbed and amply at ease. 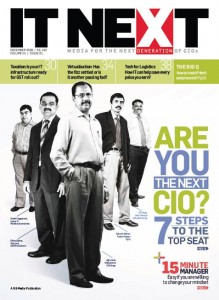 One thought on “7 Steps to becoming the CIO”