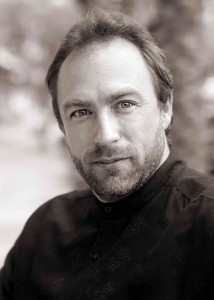 Well, to start with, there are very different limits to what can go in Wikipedia. First and foremost lets remember that Wikipedia is an encyclopedia, which directly means that there are scores of things that Wikipedia is and is not. Also, we have a strong focus on good quality and that is not possible unless you have good references. Sadly good references are not in abundant quantity, so that puts a limit to what can be achieved or not.

Also the fact that Wikipedia is one of the most popular websites in the world, so how do you ensure that various cultural and social norms get codified? Doesnt with great power come great responsibility?

Oh, absolutely. One of the things that our community has done over the years is that we have become very acutely aware of our responsibility to the readers across the globe, so we have got a very strong policy with respect to biographies, about the required sourcing and the way we handle different information. We have become extremely sensitized to the need since if you were to Google any name or topic you will most probably find a Wikipedia Link in the top 5, so we go an extra mile to ensure that the information is as clean as possible. We have a big team of voluntary editors who are constantly sifting through the articles.

Certainly not. There is no real collectivism here as every entry in Wikipedia is done by a passioned individual. Who is writing something to share his knowledge. There is no kind of swarm intelligence at work here.

But the writers are essentially nameless, isnt it. So is there some sort of collective altruism that you have been able to tap into?

The most important thing, according to me, why Wikipedia has succeeded is that people find it to be fun to not only read but also write on various subjects. People dont ask, Gosh, why are all these people playing basketball for fun? Some people get paid a lot of money to do that. Similarly, they get a lot of value from the activity itself, you learn a lot and get to know a lot of people.

How do you stay ahead of the technology curve with Wikipedia?

We are a product of technology itself, making use of the Internet, et al, to reach out to millions of users across the world. Currently, Wikipedia uses MediaWiki, a custom-made, free and open sourc 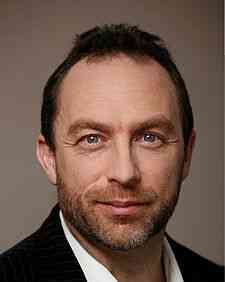 e wiki software platform written in PHP and built upon the MySQL database. MediaWiki is licensed under the GNU General Public License and used by all Wikimedia projects, as well as many other Wiki projects.

Even though our funding is limited, we have invested heavily into technology, going through different phases of development. The site currently runs on dedicated clusters of Linux servers with a few OpenSolaris machines. Our operations are largely based out of Florida, Amsterdam and Korea. We receive anything between 25,000 and 60,000 page requests per second, depending on time of day.

There are scores of Wikipedia users and editors here in India, what would you like to say to them?

We are really eager to have people from India, working in local languages, because I think that is an area where people can have an impact in their community, as even now there are so many people who are not comfortable with English. The other thing is that we would like to have more people from India working in Wikipedia to improve the content related to India, that is very important to us. For instance, it so happens that many times, there is very detailed coverage of local politicians in the US but we wont have that kind of details for Indian politicians. We would love to have articles on even the most trivial of things in India.

What do you think are the challenges for Wikipedia in India; largely as the language content in regional languages is still not significant from India?

India has really become quite active in the past year or two, with thousands of contributors and viewers using the website, with some of the languages growing by as much as 10% per month. The challenges are, of course, the slow pace of development of language computing. One of the major problems people have in India is the lack of input method in their local languages. There needs to be a greater movement on that front, and sadly thats beyond our ability to solve.

Yet, in places like India and Africa, there has been a mobile boom. So are you looking at ways to embrace the mobile in a much stronger way?

Yes, of course, that is one heartening trend and we are constantly working to ensure that Wikipedia is feasible and accessible on mobile devices. Unfortunately though, mobile is a great way to reach people as readers but it isnt really a great way to reach people as writers because of the sheer physical form factor restrictions, and that makes it tough for users to contribute through an average mobile device which isnt exactly hi-end. Thus mobiles will give us a good access to people in terms of readers, but sadly I still think that users will need to have access to computers and Internet to effectively contribute to Wikipedia.

Wikipedia is renowned as an exhaustive source of information but is there a physical limit to the growth, i.e., is it possible to get any and every information on Wikipedia?

Well to start with there are very different limits to what can go in Wikipedia, first and foremost let’s remember that Wikipedia is an encyclopedia, which directly means that there are scores of things that Wikipedia is and is not. Also, we have a strong focus on good quality and that is not possible unless you have good references. Sadly good references are not in abundant quantity, so that puts a limit to what can be achieved or not.

Finally, individuals extensively use Wikipedia as a source of information. Do you think enterprises can also make use of Wikipedia some way or the other?

Of course they can, and I believe a lot many are already doing so in their individual ways. Wikipedia is a collaborative effort and companies can tap into it. Wikipedia is undoubtedly the most popular source of information in the world; and the thing that makes it stand out is quality. Our main focus is to make Wikipedia as good as possible, so that people can rely on it as much as possible. A lot of the companies have internal knowledge management systems and that can use the information and data that is collated on our website. A lot of companies are and can also look at creating wikis using our MediaWiki, which is a free, open-source, software platform. I believe a lot of media companies already use Wikipedia as a primary source of information, and so do a lot else. Knowledge can be utilized in a plethora of ways, both by individuals and companies alike.